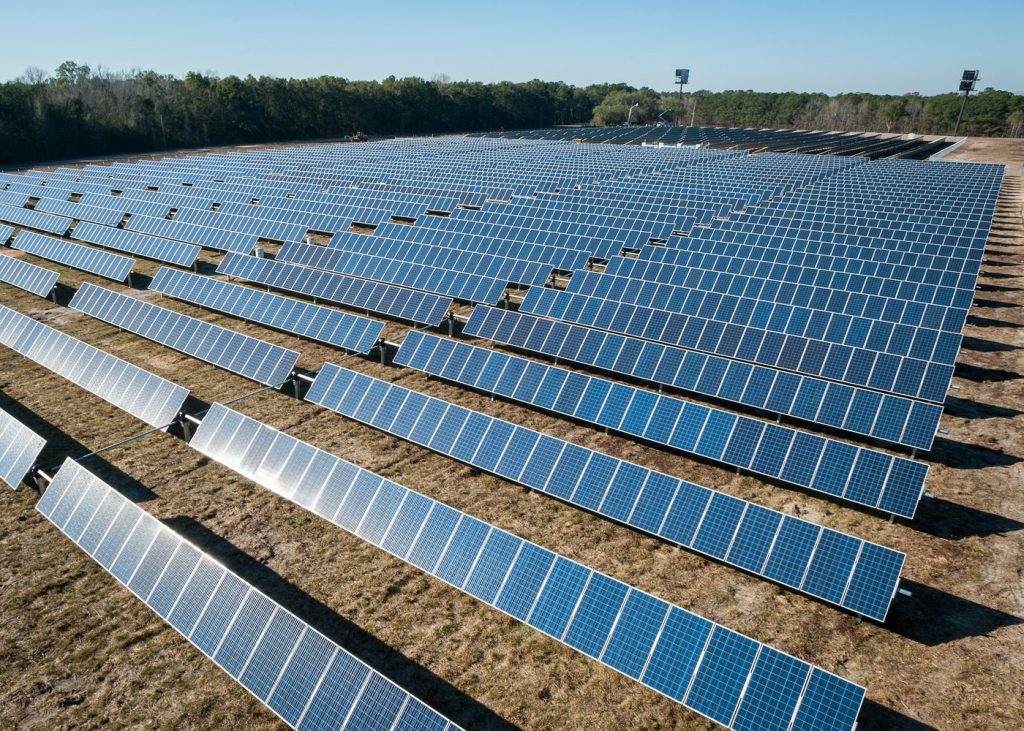 Sable Chemicals is working with Tatanga Energy, a local energy infrastructure development company, to build the 50MW first phase of a solar park at the ammonium nitrate fertiliser manufacturer’s plant at Kwekwe in central Zimbabwe. The project is a joint venture between Sable, the land owner, co- developer and services manager, Sable’s parent Masawara Plc, and Tatanga Energy. Masawara owns 70% of the project while Tatanga holds the remaining 30%.

According to the project developers, Zimbabwe will face an energy deficit of as much as 2,000MW if the country’s mines, industries and agriculture, whose operations have been constrained by energy shortages and economic difficulties, start operating at full capacity.

“We are developing a solar park that will use basic infrastructures at Sable Chemicals on a shared service basis. Another important element that makes the project very compelling to us is in terms of the transmission and the ability of the project to evacuate power,” said Akerele.“Sherwood [substation] sits about 5km from Sable Chemicals and that is the heart and soul of the Zimbabwean and regional transmission networks.”

Akerele said the first phase of the solar park would be approximately 50MW, then other industrial developers would be invited to come in, co-locate and develop their projects while utilising the basic infrastructure. Transmission and grid infrastructure can account for up to 20% of the total cost of an energy project.

“So instead of having six transmission lines you have one that might have to be upscaled to cater for a bigger capacity. We believe it is a unique proposition,” he said, adding that the expansion to 400MW would also depend on the capacity of the grid to absorb surplus energy.

The park will be built in 50MW phases over five years.Tatanga is assuming a 12-month development schedule to achieve financial close and then a 15-month construction schedule. “These timelines are conservative, and the project could well be online by mid-2020,” Akerele said. Financing is expected to be secured by Masawara, and he said several international developers and financiers had expressed strong interest in the project.

Akerele said he was confident that funding could be obtained, but he did not disclose figures, saying it was difficult to give the cost of the project before launching the international request for proposals, but it was expected to be competitive. “What we can say at this interval in terms of the budgetary estimates and costs we have received from engineering, procurement and construction and equipment vendors, they show that it would be very good.We are finding that the cost of Power not been followed through, while other projects, such as the 74MW Gao and 150MW Tayaboui, are delayed by challenges facing the investor, Morocco’s Platinum Power.

A botched tender in 2014 resulted in the selection of the Nova Power-led 24MW Korhogo solar photovoltaic project, which remains in development. Complaints about the tender process combined with mixed signals from the government have deterred many private developers from investing in solar, although progress has been made at the 37.5MW Boundiali scheme owned by CI- Energies, which agreed loan facilities with Germany’s KfW and the European Union in October 2018. Biomass has proven popular but has suffered from similar problems relating to the cost of power and organising complicated supply chains as elsewhere in Africa. The US Agency for International Development has backed studies for projects in Agboville, Abengourou, Bouaflé, Daloa, Divo, Duékoué, San-Pédro and Soubré and several bagasse-fuelled plants are operating.The Biokala project sponsored by France’s EDF and agribusiness Sifca began the process of appointing a construction contractor early in 2018 after signing a power purchase agreement in November 2017 (AE 363/11). Projects to use landfill waste in Abidjan have made little progress since development work began in 2012.

New capacity at Ciprel and Azito means current domestic gas production of 230mcf/d is likely to be inadequate after 2020.Vitol could add 60mcf/d around this time but further resources may be needed by the mid 2020s, depending on the volume of renewable capacity added over the period. Foxtrot could add 55mcf/d with a further investment to offset expected production decline at its fields, while importing LNG is another option. Côte d’Ivoire relies on thermal generation which while accounting for around 60% of capacity, generates 80% of power supplied. The country has committed to generating 42% of its electricity using renewable sources by 2030 as well as a 28% reduction in greenhouse gas emissions compared with the status quo over the same period. The government hopes that this will also help reduce the cost of power, which is still hampered by reliance on liquid fuels alongside natural gas.

Power developing and procuring equipment has come down significantly. So, the cost of the energy will also be beneficial for the nation and reflected in the tariff,” he said. Zimbabwe has installed capacity of some 2,500MW, according to African Energy Live Data. A number of private power developments have been proposed but face challenges in securing finance. Operational challenges Sable decommissioned its energy-intensive electrolysis plant in 2015, opting to import ammonia gas to manufacture fertiliser. The company says imports have been a lot cheaper, enabling it to produce two tonnes of ammonium nitrate for every tonne of imported ammonia gas, but it now faces shortages of foreign currency to pay for gas imports. Sable had been using electrolysis, a process that manufacturers ammonia from hydrogen and nitrogen, since 1972.

Faced with power shortages in Zimbabwe and the region, the firm switched off the electrolysis plant in 2015, releasing 110MW into the grid for other uses and reducing its power consumption from 110MW to the current average of 6MW. Chief executive Bothwell Nyajeka said Sable was getting a special tariff from Zimbabwe Electricity Distribution Company of $0.03/kWh, but it did not make economic sense for the utility to continue to import electricity at a higher price and sell it at a lower price. “The electrolysis process of manufacturing ammonia gas uses a lot of electricity especially when you are breaking the hydrogen and oxygen bond. At full capacity, we would require about 110MW of electricity just for the electrolysis.The economics of it favoured that we should import the gas itself,” he said. Nyajeka said that for Sable to produce at the levels it wants (about 100,000 t/yr of ammonium nitrate), it requires $2m/month. “We have only achieved close to about $500,000 which is close to 20% of what we require and that has dented our production capacity.

In terms of plant efficiency, we are happy. Our problem is access to foreign currency to import enough raw material to produce at the right economic levels of production,” he said. In the longer term, Sable is looking at installing an ammonia plant to manufacture the gas from coalbed methane (CBM) or natural gas. “From the numbers we have done, if someone is to develop CBM fields commercially, we can take 15-20% of the gas produced in the fields. From our planning, that’s more medium to long term because we need to find someone who wants to invest into CBM or natural gas first and then we will be an offtaker,” Nyajeka said.